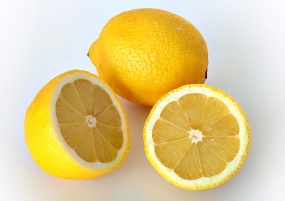 There is an amazing scene in my memories from our time in Italy where an old man sits on the side of the hiking trail between Vernazza and Monterosso al Mare with bushels of freshly picked lemons hand pressing lemonade which he sells to the overheated transients taking in the sea vistas. I can picture the exact bend in the trail where he set up his stand. Heading west to Monterosso, the trail curves to the left where it passes, of all the random and yet charming things in the Cinque, a stray cat sanctuary cut into the hillside. There, weary travelers stop to cool down in the shade, sip the freshest Italian lemonade, and stroke the mangiest of cats. (Actually, there may have been a sign that said don’t touch the cats, so maybe they just photographed the strangest of trailside attractions!) I’m not even a cat person, but this old man, and that cat sanctuary, and the whole scene as I remember it, is one of many endearing qualities that stole my heart in Vernazza.

There’s only one problem. My husband insists that the old man had bushels of oranges, not lemons, and was hand pressing orange juice, not lemonade.

There’s a second scene of lemons in my memories from Italy, this time in Rome. We’re walking to a pizza place on the opposite side of the city from our hotel. We don’t really know where we’re going, and we’re walking past all kinds of famous historical landmarks that we should, but don’t, recognize. (We walked right by the Pantheon on this particular trip, and had no idea what all the lines were for!) At one point we duck down a side street, that’s really more like an alley, lined with lemon trees. The lemons are ripe, but most have gone unpicked, and the gutter is littered with them. The air smells like overripe fruit, but it’s not rank, but sharp and citrusy, like limoncello. The whole scene is delicious and magical, except many of the rotting lemons are also crawling with wasps, and I HATE WASPS.

Also, there’s a military police car parked on the street, so my instinct to cringe away and/or tear down the street and away from the bees is tempered by my desire not to look like a crazy American tourist causing some kind of scene.

The moral of the stories? When life hands you a lemon, first make sure it’s actually a lemon and not and orange, then make sure it’s not crawling with wasps! This is, perhaps, why I’m more partial to limes anyway!

Summer is a great time for citrus, and while lemons often take center stage, limes are the unsung heroes of many a delicious summertime dish. Salsas, margaritas, fish, all benefit from a spritz of lime, along with many a wonderful summertime dessert. I’m asked to bring key lime pie as dessert to dinner parties year round. Starting sometime right after college, when I learned how easy it was to make and how inexpensive the ingredients were to buy, I set out to perfect my key lime pie recipe, and dozens of pies and satisfied friends later, I think I’ve got it pretty close! If I had to choose a signature dish, it’d probably be this pie. And if we’re close and you didn’t know about it, well, that is your loss! You should have thought to ask!

Crust
1 graham cracker crust (I cheat on this all the time and just buy a pre-made one. If you want to make your own it is, literally, just crushed graham crackers and butter pressed into a pie plate!)

Step 2: Prepare the pie filling. Pour sweetened condensed milk into a mixing bowl. Juice limes directly into the bowl. Use a spatula to fold together.

Step 3: Separate the eggs (this is as complicated as this recipe gets! If you don’t know how to do it, check this tutorial). Add four egg yolks into the mixture and use spatula to fold together.

Step 4: Pour filling mixture into prepared pie crust. Crust should be about 3/4 of the way full. Place pie in preheated oven for 20 minutes. The pie will not appear baked, but rather should set. Test the pie by touching the back of a spoon to the surface. It should be tacky and bounce back like jello, not soft and squishy like pudding. Remove from the oven and cool completely.

Step 4: Prepare the topping. Using a hand mixer, whip heavy whipping cream into whipped cream. Don’t buy Cool Whip…it’s gross! Make the whipped cream it’s easy and delicious. Turn the mixer down to low and blend in the sour cream. Add powdered sugar and the juice of 1/2 a lime.

Step 5: Make sure the pie is cooled completely before adding the topping. Spread evenly over the top of the pie and smooth with a spatula. Chill.

As I said, I get asked to bring this key lime pie places all. the. time. And I swear people think they’re asking me to slave away at it when they make the request. It’s so easy that you might even have most of the ingredients in your kitchen right now, and it makes use of one of the best flavors of the summer.

You’ll also notice you wind up with 1/2 of a perfectly good lime remaining. Sure, you used the zest for garnish, but there’s no need to waste the rest! Might I suggest… 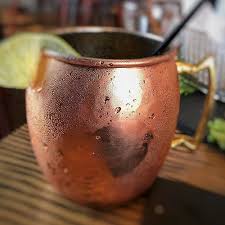 We already know the Moscow Mule is a delicious cocktail for featuring fresh lime. If you don’t, you either haven’t been paying attention or haven’t left your house! For two or three years now it’s been very trendy to use the mule as the base for a plethora of craft cocktail variations. Well let me jump firmly onto that bandwagon! Inspired by the LaCroix Curate flavor “Mure Pepino” (I honestly could not sound more millennial right now if I tried!) this is an easy spin on a summer classic that’s both refreshing and interesting on the palette.

To craft the cocktail:
In the bottom of a copper mug, muddle together 1/2 lime, blackberries, and cucumber slices. (Notes: Make sure your copper mug is steel lined because, you know, if it’s not you’re, allegedly, poisoning yourself. Also, you don’t need a real muddler, a large spoon works decently well. They are, however, relatively inexpensive, and if you give one as a gift it’s kind of funny because they look semi-inappropriate. So maybe check into a real one!) Add ice. Pour two shots of vodka (or more or less depending on your day/mood/desires/etc.) over the ice. Stir ice, vodka, and muddled ingredients to blend and chill. Top with ginger beer to fill the glass. Garnish with a cucumber slice.

Now all of that deserves a wholehearted,

2 thoughts on “When life hands you limes, make cocktails and pies!”