T-minus 60 hours, and I’ll be sitting at the airport, probably eating chips and guacamole (part of my pre-air travel ritual) and sipping on something to take the edge off. I’m an eager traveller. I don’t hesitate to say let’s go to Europe, or Vegas, or road tripping up the North Shore. And then I plan plan plan the thing, because why would I pay someone else to do it when I have the same Google he/she does? (I’m not knocking tour groups. There are great reasons to do them. I  just haven’t.) And then I use the trip to justify a lot of purchases I’ve been thinking about making, haven’t made yet, but definitely need to make now because they will make travel so much better. And I do this all willingly and cheerfully.

I’m also an anxious traveller. Having done all the travel plans myself, around this time in the pre-trip preparations I begin to question whether or not I missed something. I check and recheck all our reservations. I print off paper copies of all our confirmations. I always have travel insurance on the flights/trips, and international medical coverage. I will check that my passport is in its spot in my backpack 5 times before we leave for the airport. I’m really good at cooking up worst case scenarios. You can ask my husband. My lists of “What ifs…” can be long and weird and strike at any moment! These things don’t stop me from traveling. As I said, I’m eager to get a place and explore. But I’m definitely the kind of person who does better once they’re in the new place, because anxiety in the lead up and while getting there is a big part of my process! 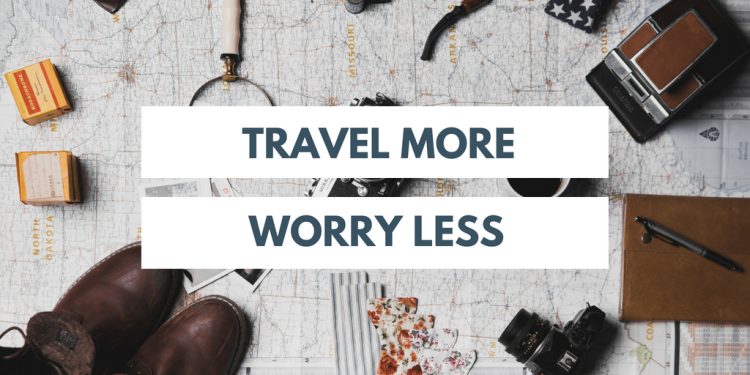 During our last European vacation, I learned what it was to run into one of these travel anxieties head on. After flying from Minneapolis to Frankfurt, we had a brief, four-hour layover before boarding our connecting flight to Florence. Jetlag was setting in, but besides being tired, we were in good spirits about the longest leg of flights being over. Then our connecting flight got delayed. Then it got delayed again. Then some thunderstorms moved into the area, and my level of tension increased exponentially.

Eventually they got us on the plane, a weird process in which they bussed us away from the main terminal building and out onto a tarmac. We boarded, and waited for clearance for take off, eventually taxiing down a runway that faced away from a menacing wall of storm clouds encroaching on the airport. We were off again, a little delayed, but heading away from the storms…at least we were for 20 minutes. After 20 minutes the captain made an announcement that the plane was experiencing mechanical issues and would need to return to the airport. I don’t know what you think about when you’re in a plane and they announce mechanical issues, but nothing positive came to my mind. The great irony in plane travel versus, say, automobile travel is I will drive around with my check engine light on for weeks (the automotive equivalent of a captain saying there are mechanical issues, perhaps!?) and not worry about whether or not my car might explode at any moment, but when an airline pilot says “mechanical issues” I immediately assume the plane is going down!

The problem with immediately returning to the airport, however, was the aforementioned thunderstorms! Now the airport was fully engulfed in rain, wind lightning, thunder. We couldn’t just land immediately, we had to wait for the storms to clear. So we circled. We circled for an hour. The whole flight to Florence was only supposed to be an hour and forty minutes. We’d been in the air for an hour and twenty. What kind of mechanical issue was this? Eventually the captain came back over the speakers to announce that the issue was not deemed a threat to the safety of the passengers, and we’d be landing shortly. I don’t particularly like flying, and I’m generally glad to be back safely on the ground, but that’s the only time I’ve ever cried tears of joy and relief when the plane touched back down.

Back in the terminal, we learned our connection was now officially cancelled; and, after spending another hour in line at the ticket desk, we received our vouchers for a hotel stay, dinner, and complimentary overnight bag with a few essentials (toothbrush, XL white t-shirt, comb, bar of soap). We were shuttled out to a hotel in the suburbs of Frankfurt (which I didn’t like), for a meal that was fine( but not the Italian food I dreamed of eating) and 18 hours of waiting for our new connecting flight the next afternoon. To his credit, my husband was a wonderful sport about the entire thing. I was not, and to this day we joke (only sort of) that it was the darkest 24 hours in our marriage.

In the moment, there was absolutely nothing good about the situation. In hindsight, it sucked, but could have been worse. The plane didn’t go down. We (probably) weren’t in any serious danger…I mean, they would have tried to land in a thunderstorm versus letting the plane crash all together, right!? We only lost about 24 hours of our time in Italy (which included some non-refundable museum tickets, but whatever, I’m not bitter!). We faced a big “what if…” and navigated through it. We even met some fellow Minnesotans in the shuttle van and shared dinner and a drink with them back at the hotel. Travel anxiety comes out of the fear of the unknown, but things are always unknown until something happens, and you suddenly “know.” 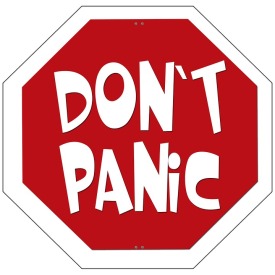 In planning for this trip, I told my husband I didn’t think I’d lose my shit quite as much if something happened and we missed a connecting flight, or if we were delayed at the airport again. It would be inconvenient to be sure, but it’s not “unknown” anymore. If we were in a plane with “mechanical issues” again, I’m sure I would not feel great and comfortable about it, but it’s also not “unknown” anymore. So while I might get anxious, I’d also have some frame of reference as to the fact that you can land in a plane with mechanical issues and be just fine.

There’s no way to know everything that’s going to happen on the trip. That’s part of the fun of it. But if you’re an anxious traveller like me, consider a few of these tips to try to make your travel a little more stress free.

1. Have a drink – I said a…singular…as in one. Don’t get hammered before your flight. They might not even let you on the plane. I have a single drink, and I have it before I get on the plane. Then…
2. Drink ginger ale – On the plane, I sip ginger ale. One, it’s delicious. Two, ginger is a natural stomach soother and can help with digestion and motion sickness. If you’ve got an anxious stomach, ginger ale is the way to go. (Travel fun fact: Someone once told me that they drink tomato juice on planes because it tastes different in an airplane then on the ground. Turns out, there’s science on this!)
3. Watch the staff – This was one of the best travel tips I got before my first flight (about which I was panicked). A teacher told me to watch the staff. They fly all the time. If you hit a little turbulence that feels like a big deal to you, watch the staff. Are they still up serving drinks? Do they look bothered or concerned? 9 times out of 10 what has felt like a “big deal” to me when it comes to turbulence is just another day at the office for them.
4. Cover your bases – There are people who say travel insurance is a waste of money. I’m not one of them. I protect our trip with insurance (we got some of that ticket money back through insurance after our flight incident in Frankfurt), and I protect us with base level insurance when we’re abroad. Your health insurance policy may already include international coverage, or it might be an add-on for a minimal cost. When we went to Italy, one month of international health insurance coverage for two people was only $35 total through GeoBlue. Hopefully you never use it, but it’s pretty cheap to buy a little peace of mind while adventuring.

Everyone who recommended alternative seasickness options! There were a bunch of you that, after Monday’s post, came through in the comments or a private message or text suggesting alternatives to Dramamine that might help to avoid the negative side effects. We’ve tracked down Sea Bands (acupressure anti-nausea bracelets) and “Traveller’s Rescue” (a natural, ginger based anti-nausea med) that we’ll be taking on the cruise. Hopefully it won’t even be an issue!

The six amazing people who made this happen because Christmas is July is the best holiday!

Coconut Almonds with Dark Chocolate from Costco. I can kudos a food. That’s a real thing. But more importantly, the person who turned me on to them this week is pretty awesome too, so kudos to them!

Full, sentimental disclsoure, this was the wine that we had specially ordered for our wedding, so there’s a little bit of an emotional bias that comes with this recommendation. But, as I haven’t recommended a ton of  white wines, it seemed time to offer you this one. Prairie Fume is a semi-dry, white wine made from 100% Seyval Blanc grapes. It’s cold fermented, and unaged, giving it a nice residual sweetness, and zero oak. Notes of citrus and tropical flavor linger on the pallete, and the finish is clean and refreshing. Prairie Fume is a crowd pleaser, not too sweet, not too dry, and pairs well seafood, pasta, and grilled meats and veggies. Prairie Fume has also been awarded “Blockbuster Wine of the Year” for having one more medals than any wine east of the Rockies. At a price point of only $9.50, you have to track down at least a bottle, if not a case!

One thought on “Facing travel anxiety, Friday kudos, wine for your weekend”