My garden became a bit of an experiment in natural selection this year. After leaving it unattended for two and a half weeks while we were in Europe, we returned to a bit of a wild America situation. True, the patch next to the garage used to be overrun with weeds and wild grape vines, but in the last couple years I’ve made a real effort at taming the beast back and producing a small bounty of peas, kale, tomatoes, and zucchini. Somewhere, buried under the thistles and wild grape vines that returned to their original habitat during the second half of July, that small bounty of vegetables might still exist. My husband is much braver about venturing out into the untamed wild in an effort to retrieve said produce. He’s come back with three tomatoes and an unidentifiable hot pepper so far. I went out and looked long enough to cut down a two gallon bag of kale.

To supplement our mediocre harvest this year, I stopped by the Pine Island farmer’s market last week to see what was still fresh and in season. September is kind of a transition month in the upper midwest. Some of the summer produce is still around, but the late season and fall produce is also starting to crop up. And one of those cool weather crops that’s likely to stick it out until at least October are brussel sprouts.

Brussel sprouts are one of those vegetables that people seem to have strong opinions about. Either you’ve had them done well and love them, or you’ve never had them done well and you don’t yet know what you’re missing. Luckily there’s an intro level recipe that is almost certain to turn you into a brussel sprout fan in one meal or less. It’s a go to dinner time favorite in our house, and makes a great side dish for just about anything! So check your garden, check the local farmer’s market, or just hit up your neighborhood grocery store for some fresh sprouts, and get cooking tonight!

Before you start: Preheat the oven to 375 degrees. 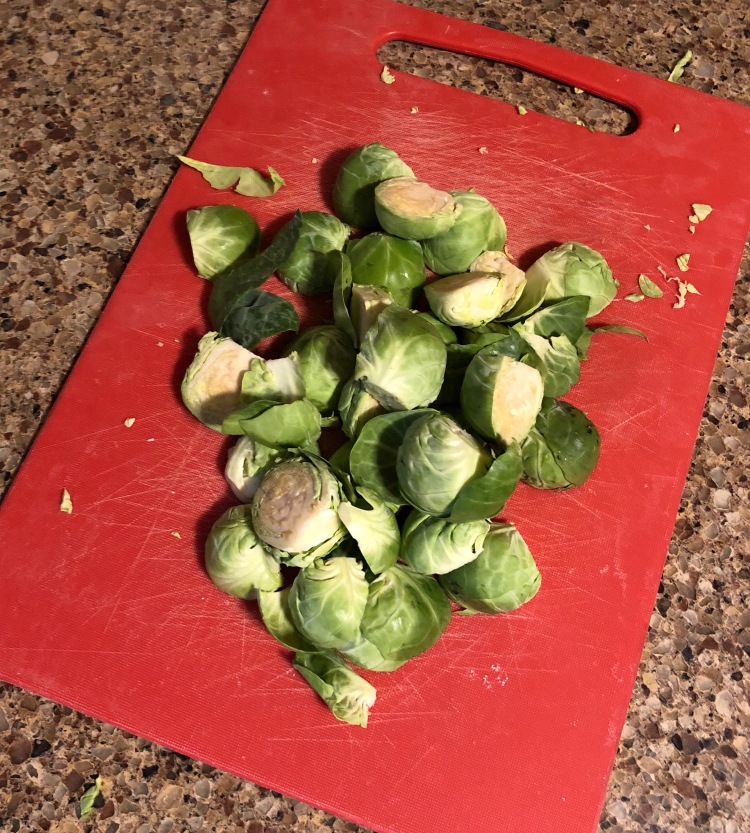 Prepare your brussel sprouts. Cut the hard end of the sprout and cut them in half.

Prepare your bacon. Cut strips into 1/4 inch pieces. Pro tip, use a kitchen shears to make this step super quick and super easy!

When fat begins to render from the bacon, add brussel sprouts to the pan. Add salt and pepper and stir regularly. 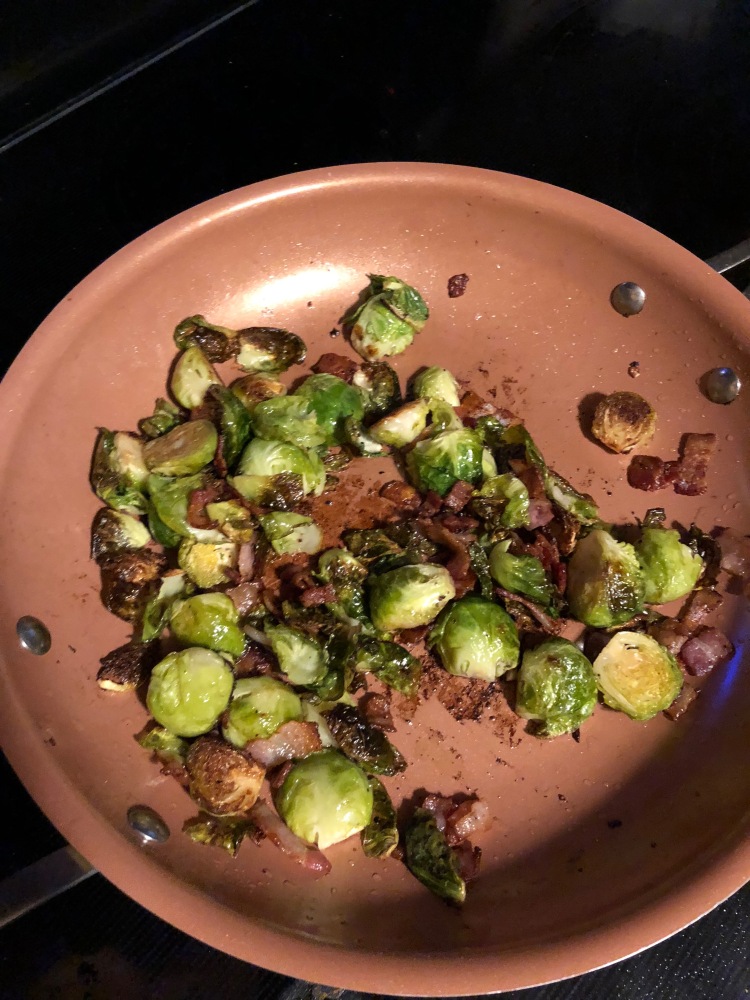 Saute the brussel sprouts with the bacon until they begin to soften and the cut ends begin to brown. Transfer the pan to the oven.

Allow brussel sprouts to roast in oven for 10 minutes. Outer leaves of the sprouts will begin to crisp and cut ends will turn golden brown. Remove the pan from the oven and sprinkle cheese over the top. Return the the oven for 2-3 minutes, or until the cheese melts and begins to bubble. 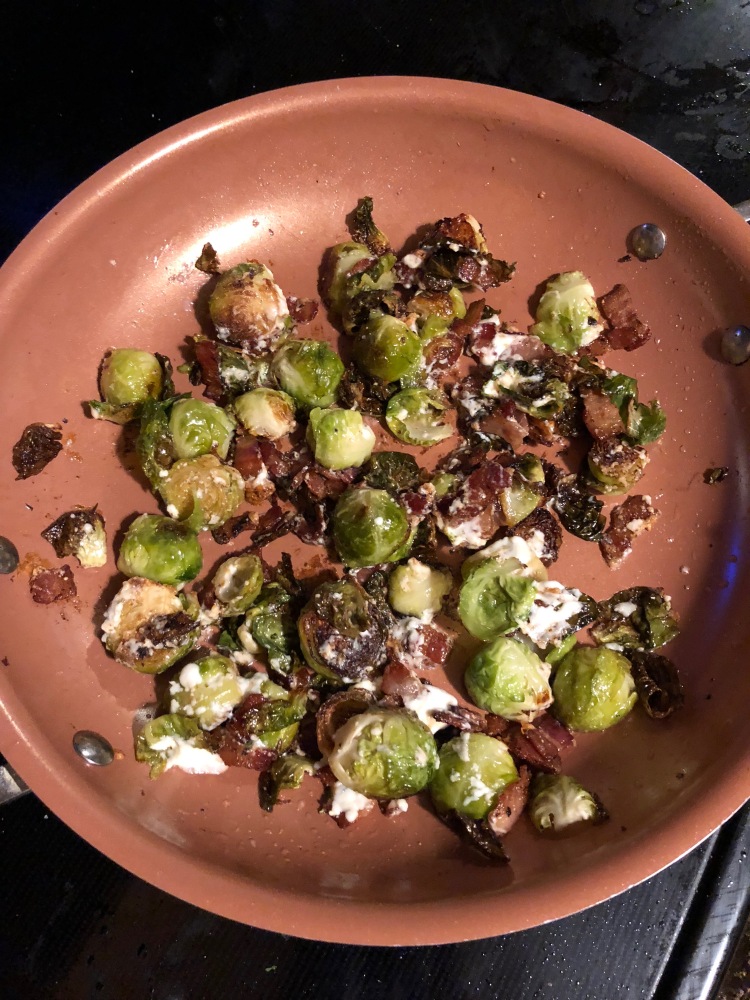 There is pretty much nothing that these brussel sprouts don’t pair well with. So make them your go-to side dish for any protein, or cook them up for a delicious, and mostly healthy (there’s a vegetable involved in there somewhere!) appetizer or late night snack!