I generally find my schedule affords me two excellent times of the year to read: summer vacation and unscheduled winter weekends. This summer, I devoured books on our trip to Europe. I read on the plane, on the train, on the cruise ship, in the hotels. I went through all the reading material I brought with me, plus a book I borrowed from the cruise ship library, and one that I bought in the airport. I averaged a book every four days. Then we came home, and, confident that I’d reached my literature quota for at least a little while, I caught up on summer’s other enjoyments.

The real shame is that once the school year begins, my free time begins to dry up, and I often have a few books left from my summer to-read list that I still want to get to. Then friends and colleagues begin to talk about the books that they loved over the summer, and suddenly I’m swamped with material and short on time to get to it! Changing seasons bring with them new reading opportunities, however. Though gone are the free afternoons on the patio in the sunshine, equally as alluring are cozy Saturday mornings under a blanket with a cup of coffee. I can get lost in these mornings and these stories almost more easily than those on vacation. Vacation in and of itself is an oasis from normal life. Reading a book is just one part of the whole experience. But in the middle of the school year, or the middle of a dark, cold winter, a book in and of itself can be an oasis, and getting lost in the heart of a good story in the middle of a Saturday morning is a little vacation all its own.

As the first snowflakes fly (and they’re flying early in Minnesota this year!) I have four books lined up for these Saturday morning escapes. They each came from a completely different source or recommendation, but each has been engaging in its own way, and each holds a little promise of relax and escape as the mornings grow frosty and the days grow short. May I recommend… 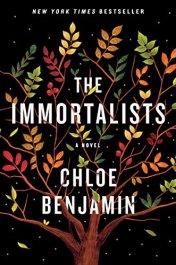 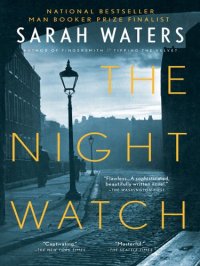 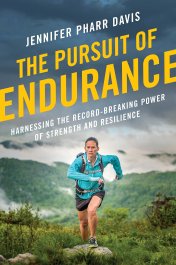 I found this book completely on a whim when it caught my eye on the library’s “quick picks” shelf. The thing about “quick picks” is that you can only have the book for seven days, and no renewals, so you better start reading and start reading fast! Turns out with this book, that was not a problem. The story follows four teenage siblings who visit a mysterious fortune-teller who allegedly tells each the day he/she is going to die. The novel then spins off to follow each sibling through the period of life leading up to the moment of his/her death. The story’s structure is really its secret sauce. Through each segment, the reader can begin to see how the character might eventually meet his/her fate; but what is less clear is whether that fate was the destiny as foretold by the fortune teller, or the result of the choices that the character made because he/she thought they were approaching the end of life. Ultimately, this is not a story about the supernatural or telling fortunes, but rather a story about family, longevity, and whether we are victims or perpetrators of our own destiny.

PS. To my family back in Wisconsin…fun fact: Chloe Benjamin is a local author based in Madison.

The choice to read The Night Watch came out of a department meeting at work. In revising the English department scholarship we were looking for new, more modern novels with historical contexts for our student reading list, and The Night Watch kept cropping up on suggested reading lists. No one in our department had read the book, so I volunteered to “screen” it. The long and short of that process is that this is not a book we’ll be recommending to our students! However, what a novel! The Night Watch was the kind of book that made me wonder how authors get these kind of ideas. Set in London in 1947, the story moves backwards through time to 1941, revealing, in reverse the strangely interconnected world of five characters: Kay, Helen, and Julia, three lesbians; Viv, a straight woman; and Viv’s brother Duncan, who is a-sexual. If it sounds like there’s a lot going on there, you’d be correct! Set against the backdrop post-war, and eventually war-torn Great Britain, the story digs deep into life, love, death, and scandal. It’s a lot…and not for the high school kids…but it was quite the read!

Beneath a Scarlet Sky – Mark Sullivan

That two World War II books wound up on the list is more a product of what people are recommending to me to read, and less about my desire to seek about historical fiction from that period! War stories aren’t generally my favorite…though I did watch Pearl Harbor the other night, so obviously I’m on a little bit of a kick. However, Beneath a Scarlet Sky came highly recommended given my love of all things Italy rather than the historical period in which it was set. A fictional story loosely based on true events, the book chronicles a love story between Pino, an Italian boy sympathetic to the Jewish people and desperate to avoid the war, and Anna, a Jewish woman he meets while working as part of an underground railroad helping Jews escape over the Alps. After Pino is forced to join the German Army, he finds himself as a driver to the Nazi’s second in command, able to spy for the Allies inside the Third Reich, motivated always by his dreams for the future and love of Anna. This was one of those books I knew had a following when the library told me I’d be on the waiting list for months for. That wait led me to The Immortalists, and was worth every page when it was finally my turn!

The lone nonfiction read on the list this fall, I snatched the title from a running friend’s Facebook post after she posted a picture of a paragraph she’d read and found particularly poignant. Part memoir, part self-help book, The Pursuit of Endurance is essentially Jennifer Pharr Davis’ reflection on the skills, tips, tricks, and habits that allow her to thrive in the realms of endurance running and hiking. A record holder for the fastest known time completing the Appalachian Trail, Pharr Davis documents not only her experiences preparing for and executing her historic hike, but also provides real life, practical tips and advice at expanding your own endurance and perseverance, unlocking potential, and finding some deep down grit. As a runner who tends to face a little burnout come October and November, this was a good cerebral pick me up. For anyone who likes a good story and is looking for a little motivation to endure, it’s worth at least a skim!

Have a book you think I should read? Have you read one of my recommended titles and disagreed? Let me know in the comments!