Appetizers are one of my favorite things. That is, perhaps, misleading. Appetizers in a restaurant are often, I feel, named incorrectly. For example, if you’re going to plow through 2,000 calories in beer battered cheese curds before your meal (and I’m not judging if this is you!), then you probably shouldn’t call that an “appetizer.” You should probably just say that you want to eat cheese curds for dinner, which is completely fine, and then you should do it.

One of my favorite “drinks and appetizers” place has giant mozzarella sticks on the menu. They are, literally, logs of cheese deep-fried and served with marinara sauce. They are delicious, but two bites of one and I’ve pretty much reached my cheese intake for the week. I once had dinner there with a friend who wanted appetizers first and chose said cheese sticks. She ate all three, and then when the waitress came to take our dinner order said that she’d “just have a salad” because she was trying to eat smaller meals. Eating your weight in cheese does not a small meal make! 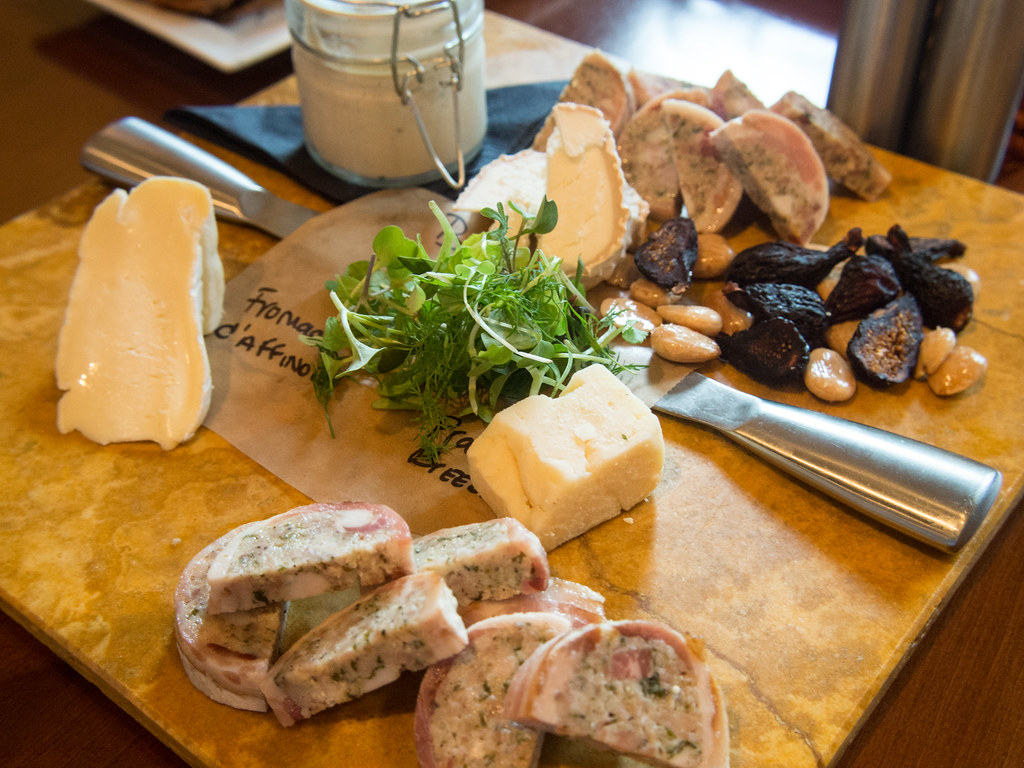 Because let’s be real, when someone asks you to bring an appetizer for their house-warming party, or your grandma asks you to bring an appetizer to the family holiday gathering, or you’re trying to impress your significant other by making a nice dinner, you COULD buy some Tyson “Any-tizers” and pop them in the toaster oven. Or…you could spend the smallest iota more time and energy and make something that’s slightly impressive and totally delicious. I mean, bagel bites are great, but it’s the first weekend of the new year, so why not class things up a bit and try one of these two “fancy” appetizers sure to be fast and easy while still impressing in any situation.

A friend recently described bacon wrapped dates as the type of recipe she would not have seen and immediately thought about making. I mention it so that you don’t scroll by, because she was bowled over by how delicious they were. They are slightly putzy to assemble, but so delicious to snack on that it’s worth the extra 15 minutes. 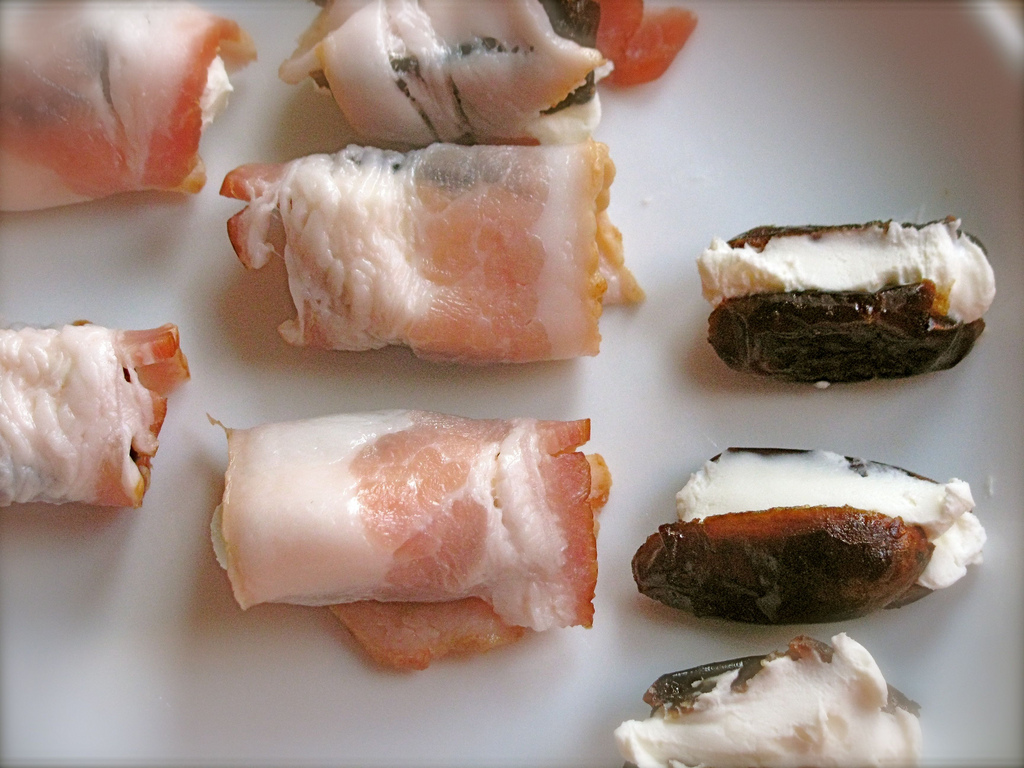 1. Split open the dates. Depending on how they’ve been pitted there may already be a slit up the side. If not, take a sharp knife and cut into the date halfway. DO NOT cut the date fully in half.

2. Spread a small amount of goat cheese in the opened date. Place a pecan half in each one.

3. Close the date around the pecan. Wrap the date in bacon and secure closed with a toothpick. (Note: You will likely not need a full piece of bacon around each date. I cut mine in half, but you could go as small as a third depending on the size of your dates.)

Red pepper jelly was one of those things I found by complete accident one day at a free samples cart in the grocery store. A little online digging uncovered that many people serve it plain over a block of cream cheese with crackers scattered around the sides and call it good. That would be delicious and take about 90 seconds. It would also put the work on your dinner guests to prepare their own crackers, so let’s spend just a few more minutes and dress it up!

To make it:
1. There’s really only one step here, and it’s assembly. Spread cream cheese onto your cracker and season it. Light pepper and Italian spices work well. You likely won’t need salt. There’s enough in the cracker and the cheese. Top with red pepper jelly. Want to feel good about the world and the people in it? Check out the Google Zeitgeist, one of my favorite year-end, 365 days in review. Kudos to those people who absolutely crushed it in 2018…to those who broke boundaries…to those who didn’t quit…to those who spread good…to who looked fear in the face and pressed on in spite of it…to those who persisted.

I won’t name the person who gave me this recommendation as they seemed embarrassed enough to even be sharing it with the very trustworthy group in which it was poured. But this week’s pick, Rombauer Chardonnay, comes strictly from this person’s love of the wine. It was first described to me as “like sitting at the top of an old oak tree and drinking clarified butter,” which should tell you everything you need to know about this oaky and buttery chardonnay which checks all the boxes of a full-bodied flavor profile. It left me craving popcorn for days, so if you’re looking for a fun pairing, this is one to sneak into the movie theater! It’s widely distributed, though not always highly regarded as it’s got an unfortunate nickname in the industry — cougar juice! Google cougar juice, and a bottle of Rombauer Chardonnay shows up first in the image search. It’s also got its own Urban Dictionary entry! For the record, my anonymous recommender is not a middle-aged woman chasing younger men. And if you’re not either, that’s okay, because if you’re a chardonnay lover, you’ll at least have to give this a try!

One thought on “Fast, “fancy” appetizers, Friday kudos, wine for your weekend”