Has there ever been a month quite like February 2019? Here in the upper midwest, we have been pummeled with one snow storm after the next after the next. We’ve missed so much school that I can’t remember the last time we had a five-day week. I drive through a snow tunnel to get out of my garage, past snow banks we shovelled that are seven feet tall, and the city snow pile at the end of our street that’s probably twice that. It has been a record breakingly bad February, and, as of today, it is mercifully over!

Never mind that March is traditionally snowier than February. The average snowfall for March is 8.7 inches. I’d take average at this point. Anything without “storm of the century” or “blizzard” or “record-breaking” in the headline would be preferable this month. Never have I felt quite like I do at the end of this month…like I’m ready to drop kick February into the past and embrace March with open arms.

I don’t typically like March. Spring makes me antsy. The weather can’t make up its mind. It gets warm and then cold and then warm again. Everything turns slushy, then grey, then brown. It’s a month of change. But change in nature, like change in life, is messy. And I don’t particularly like the mess. This year, however, BRING ON THE DIRT! Give me puddles and slush and mud, and cloudy skies with forty degree weather. Just please, for the love of all, don’t give me another three feet of snow!

If you’re also ready to hit the big March reset button, here are a few things to get you started!

Are you a Shamrock Shake lover? The annual McDonald’s treat used to be a personal favorite of mine. I’d have one a year on St. Patrick’s day, and not once wonder if it was weird that people got so excited about a shake that literally tasted like toothpaste. I love peppermint, but there’s peppermint flavored, and then there’s Shamrock Shake. If you’re craving a minty McCafe seasonal treat, here’s everything you could possibly want to know about it…including all 54 ingredients. Yum.

And speaking of St. Patrick’s Day, this year, St. Patrick’s Day also happens to correlate with selection Sunday, the annual announcement of the 68 teams playing in the NCAA Men’s Basketball March Madness tournament. This means your local sports bars will likely be even more crowded this year with both holiday revelers and basketball fanatics. You can plan accordingly for all your March Madness scheduling needs here. As for St. Patrick’s Day, your best bet is to cheer for the Notre Dame Fighting Irish and hit two birds with one stone.

Let’s Go Tacos, which if you’re local in SE Minnesota and haven’t visited, you must! This week they paired with our theater program to provide an awesome lunch option for our cast/crew as we get ready for our monster rehearsal tomorrow! If you’re a reader in the area, you simply have to stop in…and make sure you check out the desserts! 🙂

Our neighbor across the street who brought his big tractor snow thrower over on Wednesday to cut back the city snow bank that has grown so big that it permanently blocked our driveway. We now have, at least, a navigable trench to back out through!

Anyone who had to drive a snowplow through our record-breaking blizzard this week. I don’t remember the roads or snow ever being quite so bad. Somebody had to dig out SE Minnesota, and they took on roads that were closed due to drifting and white out conditions. I don’t envy the task! 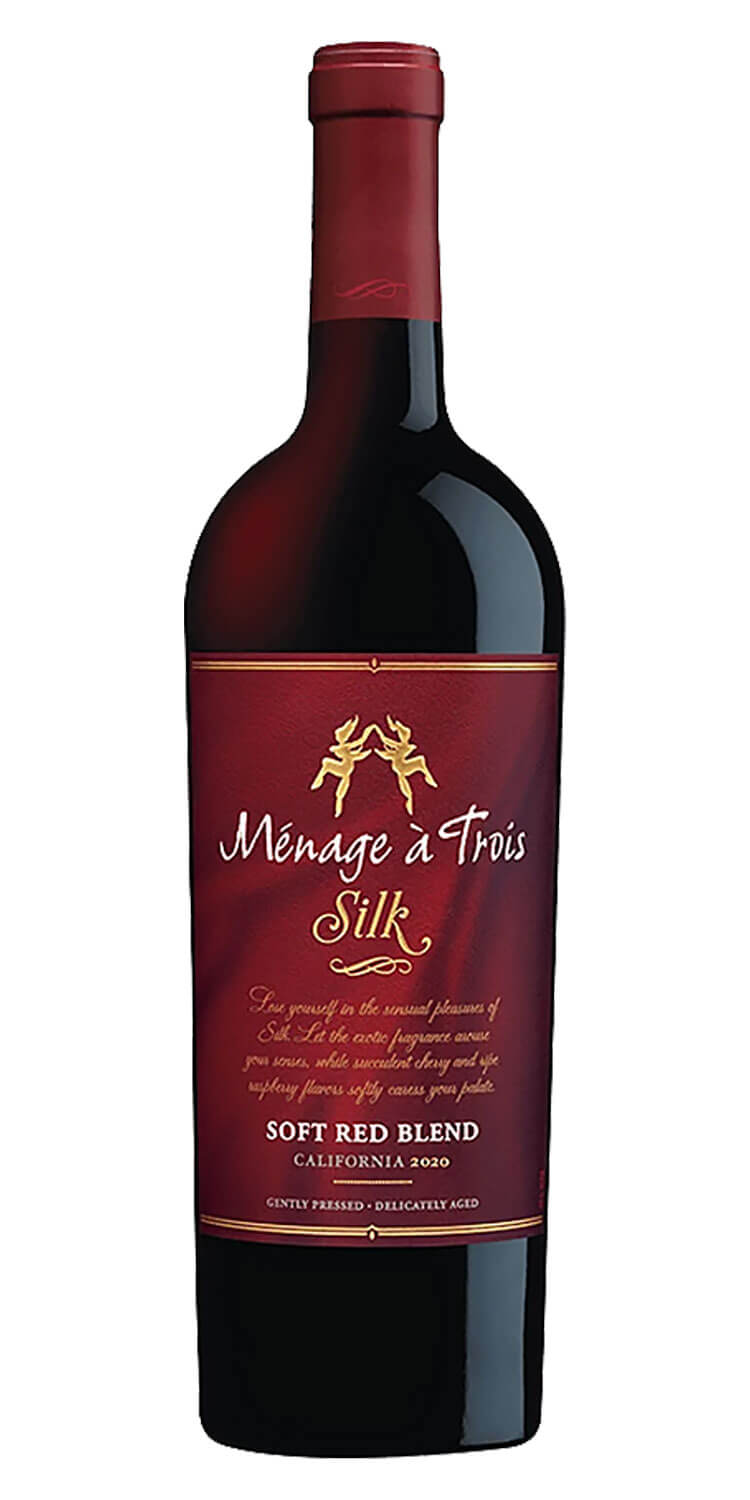 With the ridiculous amount of snow we’ve had, and the number of days we’ve been cooped up at home, our wine rack is running on empty heading into March. But, as we’re hitting the big March reset button, the restock is on! Kick off your March with Menage a Trois Silk. A red blend of Pinot Noir, Malbec, and Petit Syrah, Silk is my favorite offering from the Menage a Trois label. Less “sharp” than it’s counterparts, Silk is lightly fruity with strong notes of Bing cherry, and a savory sweet finish that the winemaker’s notes call “toasted spice,” but I felt was an almost caramelly overtone. We paired with dessert, which was a rich, Reese’s peanut butter cupcake. It was decadance on top of decadance! The smooth flavor would pair wonderfully with spicy dishes to cut through the heat, or sharp cheeses!