I have never been to the Notre Dame cathedral, and now, I will never get to see it as it stood for centuries.

Paris has long been on my bucket list of cities to visit, but on our two trips to Europe in 2016 and 2018, we opted for the Adriatic region around Italy and Greece. We stood in ruins thousands of years old, and gazed on renaissance art work, and stood in places destroyed by war and time, all the while overwhelmed by the fact that in the vast scope of history and humanity, we were but an insignificant speck. What will we have created in 2019 that 800 years from now…or 1000 years from now…or 2019 years from now…people will look back on and marvel at what life must have been like in such a time? What will we have invested decades of time, money, and craftsmanship into that people will look back on with awe at the magnitude, scope, and design? What are we creating today that will stand the test of centuries, remaining as a symbol of culture, faith, and identity?

I believe Notre Dame inspired these same questions in the millions who visited. In today’s world of instant gratification, I believe, the answer is very little. Which is why as the images and videos of the Notre Dame fire began pouring out of Paris this week, I, along with many around the world, cried…for a building. 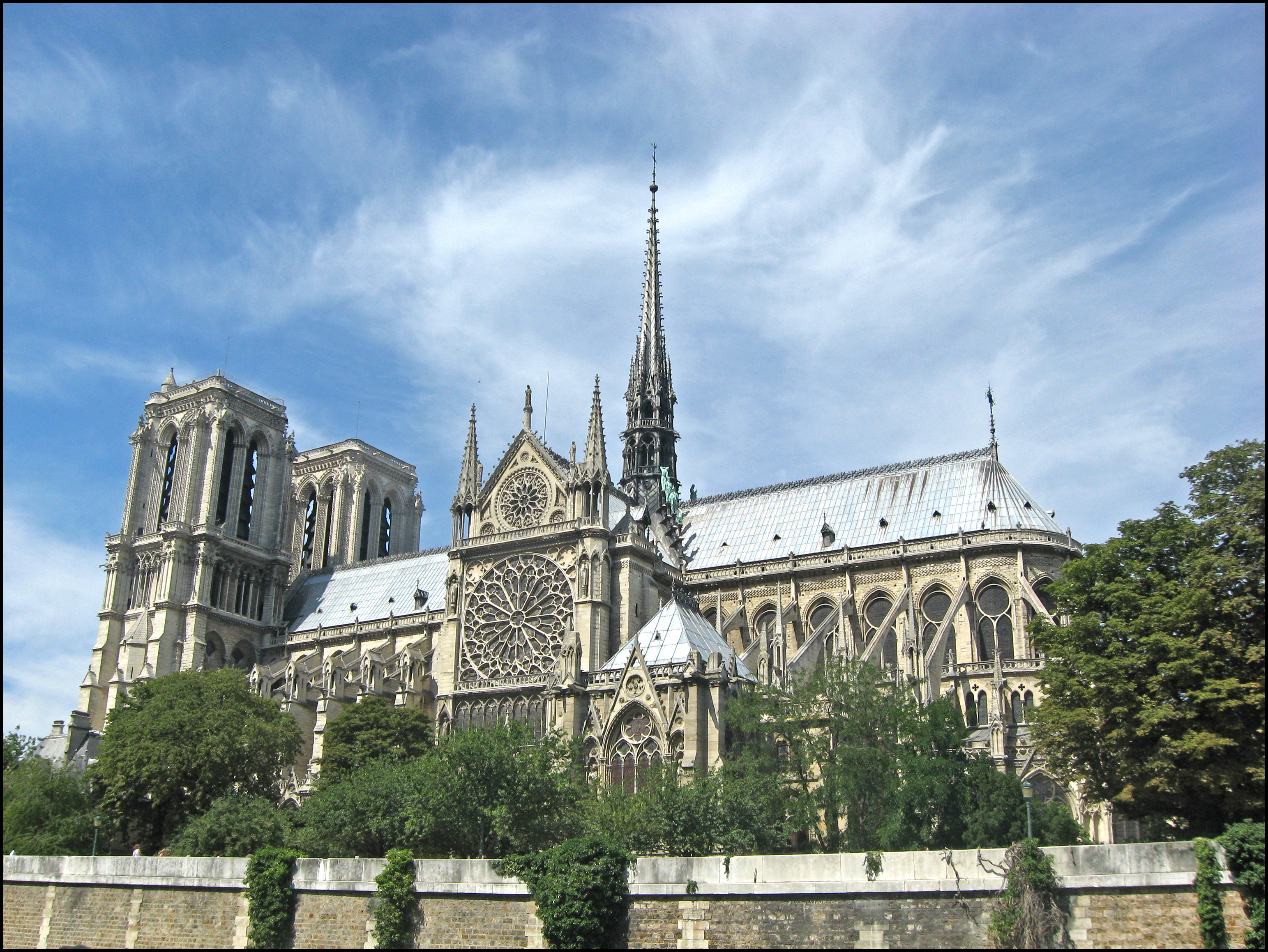 In Paris, onlookers stood on the banks of Seine singing hymns as they watched the great spire collapse in flames. Across social media, friends and family that had visited Paris began posting photos of themselves in front of the iconic towers and of the grand rose windows. Catholics mourned the loss of a great monument of their faith, and all Christians in the midst of holy week likely found something deeply unsettling about watching a great house of God go up in flames just days before the remembrance of Jesus’ crucifixion.

If there was a small glimmer of hope, a silver lining, in the tragedy, it was that nobody was seriously injured or killed. Though mass was in progress when the original emergency call was placed, everyone was evacuated. Though over 700 firefighters worked to contain the blaze, only one injury was reported. This was, by all accounts, not a tragedy of human life, making it markedly different than, say, September 11th, in which we watched great buildings destroyed, but mourned more so for the thousands who perished. Yet, as the tears flowed and the hymns rose up, there was no denying the acute sense of loss and grief just the same.

There is something that feels inherently wrong about a building that has stood for 800 years going up in flames on a random Monday afternoon. It seems likely that the investigation into the fire will show that, in the midst of a renovation that was supposed to bring the cathedral new life, an accident of some sort brought destruction rather than restoration. It seems telling of our times that with all the technology, all our modern tools and gadgets, all our regulations and safety measures, that we would ruin what had stood timelessly through conflict and war. Perhaps the most distressing part of watching the fire unfold was that in a day and age where we believe we can do so much, we were helpless to do anything at all.

Though in the morning light it seems that much of the great facade of the cathedral, and the iconic bell towers remain, and France has already promised to rebuild what has been lost, there is also the reality that it will never quite be the same Notre Dame it once was. For 800 years, the cathedral has stood as a symbol of sanctuary in moments when greed and politics threaten the very fabric of our humanity. Victor Hugo captured this most famously in The Hunchback of Notre Dame, and if you don’t feel the underpinnings of those themes keenly in today’s tumultuous world, you haven’t been paying attention!

There’s a horrible futility in watching a towering colossus reduced to ashes in the course of an afternoon, but it should give us hope for humanity that we mourn the loss of our cultural treasures. Notre Dame was a human accomplishment, a marvel on a scale we will now attempt to rebuild, though likely never replace. History is fragile, the moments that we have to spend in the shadows of that which came before are fleeting. When there is so much that divides us in the world, it seems that these moments wake us up to our shared humanity. We remember what’s good. We remember what’s important. We remember what we care about.