I was not a kid who wanted to be an astronaut when I grew up…but I’ll imagine for a moment that I was. Let’s say, as a kid, I wanted to go to the moon. Then as a high school college student, I poured over math and science all in an effort to get into a NASA program. And then I train at NASA for years, and eventually I find myself on a moon mission. I go up into space. A dream come true. I land on the moon. A dream come true. I do science, and plant a flag, and play in low gravity. And it’s all a dream come true. Then I come back to Earth. And what in the world do I dream about now that I’ve been to the moon? What on this world can ever compare?

It’s interesting to think about this “astronaut syndrome” in terms of how we set goals and why we do what we do. And there’s a reason that astronauts are often used in creating these extreme examples. Buzz Aldrin spent the decade after his moonwalk in an alcoholic stupor which he described in saying: “Nothing in the post-moon world ever lived up to those strange bright hours away from earth. I’d been to the moon, I’d travelled around but what would I do next? So I felt discouraged, disappointed and like I wasn’t a part of it.” It’s believed many of the first astronauts came back to Earth and found themselves sinking into the funk of depression for this very same reason. Thus…astronaut syndrome.

I recently listened to a podcast on which a guest talked about becoming a best selling author. It was his goal and his dream, and he happened to reach number 1 on the bestseller list in 13 countries when his first book was released. While that sounds awesome and great, and immediately publishers got into a bidding war for his second book, he said it took him almost a full year to even start thinking about wanting to write again, let alone author another book.

And during that year, he admitted, he experienced some of the darkest times of his life. Why? Because he already had “the moon.” He wrote a book, was a best selling author. It was a varitible hit. But having reached that pinnacle, climbing for that pinnacle again was wholly unappealing. The chase was over, and writing another book was just taking a shot at the exact same target. Would he even care if he went number one in 15 countries instead of 13? Would going number one in eight countries, or four countries, or in one country even feel good anymore? And what if it wasn’t a hit like the first one?

Many of us don’t aspire to go into space, so what can “astronaut syndrome” teach us about goals, intentions, and motivations of those of us who strive and toil for more ordinary endeavours? 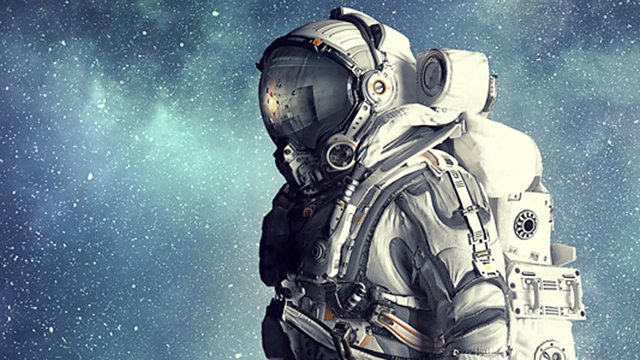 In many places, there’s not a final pinnacle, or final frontier that marks an end game of goal setting. Take, for example, running. A person may set a goal to run a 5k, and having achieved it, is not going to sit back as if that’s all there is. If they hate running, they may stop, but if they loved it, there’s 10k’s, half marathons, marathons, ultra races, obstacle races, triathlons, etc. all to push towards, not to mention thousands of different race locations and speed goals all to push towards.

And yet, I did go through a bit of a funk after completing my first marathon. I was not immediately inspired to run another one. And yet, having run a marathon, I was also not immediately inspired to go out and just run three miles. It felt insignificant in comparison, and as a result, I stopped running altogether for a few months. Eventually, I signed up for a second one, and then woefully under trained as I was in a new relationship and moving to a new city and starting a new job. But to be honest, with the exception that my fiance got to be at the end to watch me finish, the second one felt a bit lackluster to the first because I’d already made the finish line, at the same race, and twenty minutes faster, the year before.

That said, this spring, after five years of having zero desire to cover 26.2 miles again, my accelerated training program will culminate next weekend in another marathon. Why? Not because I’m actually that concerned about getting to the finish line. It will happen. It will hurt as much as last time. It may even be slower. But because the goal now is entirely about being there, and celebrating, when my dear friend crosses the line for her first, and perhaps only, race. That small shift in mindset, that tiny swing in motivation from being about what I did to being about celebrating with someone else, is perhaps the only thing that could have convinced me to toe the line again.

What does this mean, and does it change how we think about why we do what we do?

First, I don’t want to overrule the importance of goal setting. Goals are powerful motivational tools, and having something to work towards has driven the success of many great scholars, athletes, and entrepreneurs. However, if the goal is a singular outcome, or product, or result, the once reached, it disappears, and instantly every new pursuit will either exceed or pale in comparison to what’s been achieved.

But imagine if instead of thinking of individual products or outcomes as goals, those individual products and outcomes were building blocks towards an overall higher purpose. Recently, Josh introduced me to the idea of relationship “purpose statements,” which define the general direction that a couple or wants their relationship to grow, develop, and what they want their relationship to mean or represent. Goals may fall under these purpose statements, and those goals may be singular outcomes. But then when reached, those outcomes continue to build up the overall purpose rather than represent the end of something, or a target you don’t need to hit again. 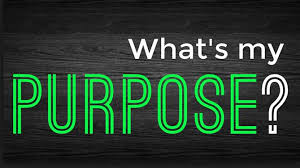 Purpose statements help define why we do what we do. A personal purpose statement of mine might be: To live a lifestyle which promotes health and wellness through my diet, activities, and behavioral choices. That sounds a little stuffy…but also encompasses A BUNCH of goals I might set. Now my marathon fits within a larger scope of purpose AND so do my three miles. A marathon is cool, but it’s no more important to my purpose than a yoga workout, or a weight training session, or a rest day if needed.

Imagine if the aforementioned author, instead of setting the goal that he wanted to reach number one on the bestseller list, framed his pursuit in terms of an overall purpose: to take his message and reach the largest possible audience. Now, becoming a best selling author is an amazing accomplishment, and it may even be an individual goal under that purpose, but it’s also just a part of a larger aim to build the biggest platform he can. Now books, social media, blog posts, interviews, and anything else he can do supports that purpose, and finishing one goal isn’t the end, but rather a checkpoint, and celebration, on the way to the next thing.

We should set goals, and we should strive for things, but above all we should aim for purposeful lives. For going to the moon is fine. But, “[The moon] is not very far. Man has so much farther to go within himself.” ― Anaïs Nin