It seems like a year or two ago, La Croix, and a number of other start up sparkling water companies, became very popular. Now I remember La Croix being around when I was a kid, and I remember thinking it was really gross. But like many taste related things, sometime in my post college young adult years, I was offered one, discovered I really enjoyed it, and made it a staple in my refrigerator.

Somewhere in this modern resurgence of sparkling water, beverage distributors realized that spiking that sparkling water might be an untapped market of potential, and today, lines like White Claw and Press are highly trendy, and very refreshing, summer beverage options. Often low calorie and low sugar, they’re also more guilt free than a lot of cocktails and wine.

Another beverage related memory of my childhood are the brightly colored wine coolers that my mom kept in the fridge. Bartles and Jaymes! They looked something like this: 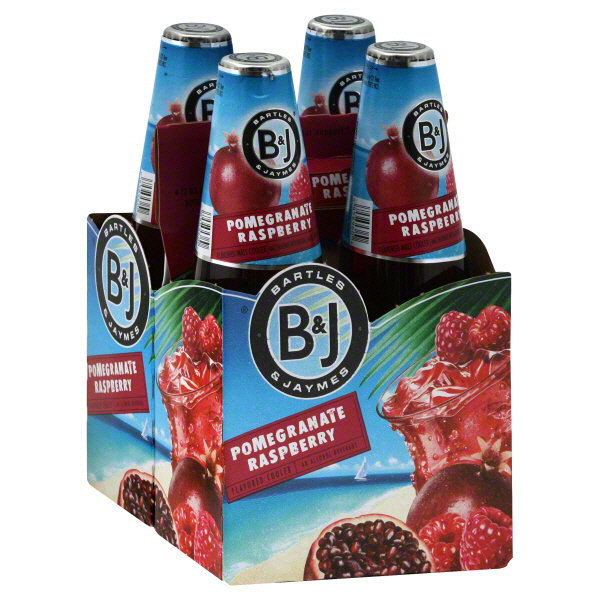 And I remember being allowed to try one once and thinking that it was essentially Kool-Aid that supposedly incorporated a bit of alcohol. By the time I was old enough to buy my own liquor, no one I knew was drinking these brightly colored bottles, so I never bought them. Since then, they’ve never once caught my attention in the store, so maybe they disappeared entirely. That is until a few weeks ago, when I was actually looking to go buy White Claw, and instead found this in the refrigerated coolers: 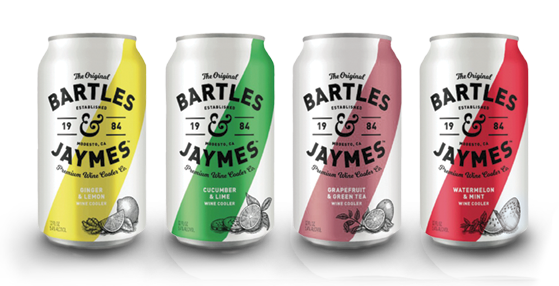 Those, are the new Bartles and Jaymes, four craft wine cooler flavors including lemon/ginger, and watermelon/mint (the two flavors I’ve tried) that taste far less like Kool-Aid, and far more like a more flavorful and interestingly crafted sparkling water cocktail. The flavors are light but present, they’ve got a great sparkle to them, and honestly, the six pack of cans look a lot more subtle than those brightly colored bottles of the 90s. In fact, when I offered one to a friend, she didn’t even realize it was technically a “wine cooler” at first.

Each wine cooler is 120 calories, made with real wine, features natural fruit flavors, is gluten free, and has 7 grams of sugar. Calorie-wise, that’s about equivalent to a glass of wine, with slightly more sugar. By comparison, White Claw has 110 calories and 0 sugars. The average Moscow Mule in 180 calories and 12 grams of sugar, so the wine cooler is essentially the halfway point between glass of wine and cocktail. Despite the sugar, they’re aren’t sweet. The lemon/ginger, my favorite, is quite flavorful, but as someone who doesn’t drink soda, I wouldn’t like anything to syrupy or sugary, and these new wine coolers have a great balance.

It’s obvious that this Bartles and Jaymes relaunch is its attempt to compete with the beverage categories that have exploded in the last two years, and I think they’ve come up with a winner. It’s more flavorful than the spiked sparkling waters, not as sweet as a cider, highly refreshing, and now packaged and distributed in canned six packs that are easy to store and much more trendy looking than the original bottles. I love a good glass of wine, but if you’re looking to mix it up, wanting something new for the patio, boat, or picnic, and want to experiment with some unique flavor combinations, these new offerings are definitely worth a look!

3 thoughts on “Wine for your weekend: Can we talk about a wine cooler?”