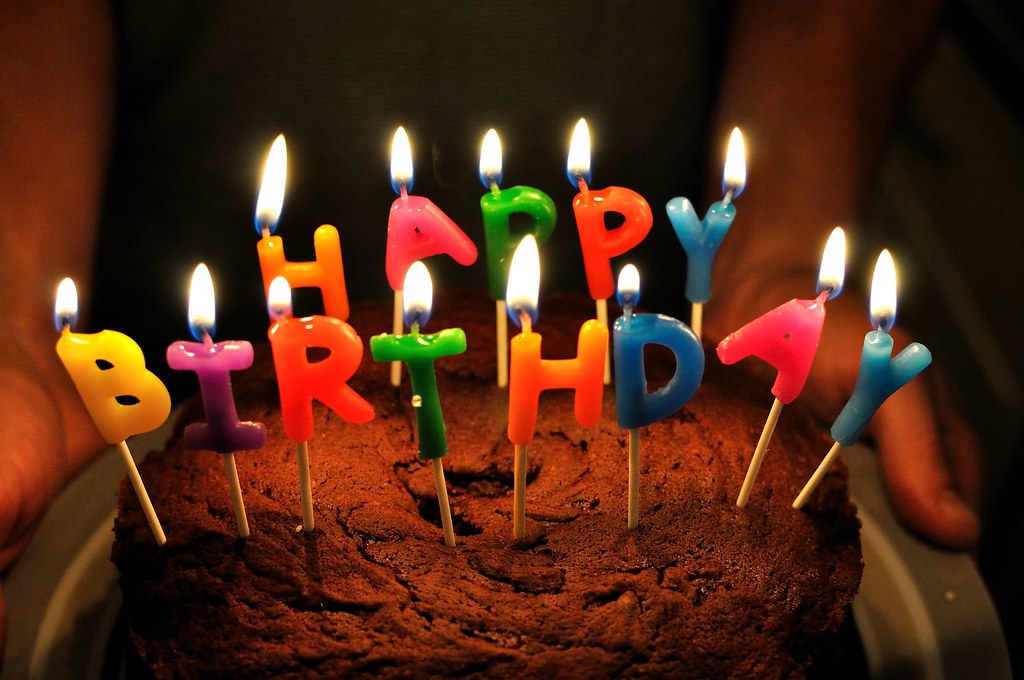 The morning of my 32nd birthday, I will sleep in a little bit. At least it will be a little bit more than I can during the week. And it will past the time that Josh stays in bed because he’ll be antsy to get up, made more so by the fact I’ll probably have hopelessly smothered him in a subconscious, sleeping attempt to get warm in the middle of the night. I get cold with the windows open while we sleep, and he’ll pull the quilt that he kicked off the bed up from the floor and over the top of me before he goes downstairs to make coffee.

When I do eventually get up, I’ll go downstairs and start my own coffee. Josh and I can’t share a pot because I have to drink decaf and he needs a little morning jolt. I haven’t had caffeine to drink (at least intentionally in almost a decade now). It makes my heart jittery, and early in my twenties my doctor offered me the choice between a pill and a diet change. The diet change has worked wonders, and at this point, I don’t even miss it.

I’ll get dressed in something comfy, but church ready. Probably leggings with boots. It’s supposed to rain and feel like fall. Fall is made for leggings and boots. I’ll wear my hair back in some iteration of a pony tail. I’m sure this will happen because I will have curled my hair the day before when we went out with friends, and even though I slept on it all night, it will still be wavy enough to present as passable in a pony tail or half pulled back.

We’ll go to church, not the church either Josh or I grew up in, but one that we, as adults, have chosen for ourselves. Josh will stay late for small group. I’ll meal plan and grocery shop while he’s there, and pick him up to go home for lunch when he’s done.

We’ll eat lunch and watch football, our ritual through the fall.

There will be Airbnbs to clean, and though Josh and I would normally divide and conquer the weekend turnaround schedule, I will beg off because it’s my birthday, and while I support what needs to be done to keeping the rentals running, I’m not sad or sorry to admit it’s not work that I love.

That being said, I won’t beg off all housework today because Sunday is usually our laundry day, and I don’t like heading into the week with our dirty laundry still in the hamper. Plus, I don’t mind folding it while the football game is on.

In the afternoon I will read, I might nap, I’ll check my fantasy football teams, I’ll probably spend too much time on social media. I’ll tell myself that I shouldn’t spend as much time on my phone in this next year of life.

We will have Pad Thai for dinner. We’ve had Pad Thai for every birthday dinner since Josh and I have been together I think. Sometimes he makes it from scratch. Other times we order in. There will be cake in the fridge for after dinner. I used to always ask for carrot cake on my birthday. I do love carrot cake, but I’ve come to learn that what I REALLY crave on my birthday is the cream cheese, butter cream frosting. You could probably just stick a candle in a spoonful of that frosting and I’d be content. I already know that cake will be a chocolate chip cookie dough bundt…but that’s because I placed the order myself earlier this week.

Sometime on Sunday I’ll do a face mask…

Sometime on Sunday night I’ll probably take my favorite music note pillow to couch, and stuff it between Josh’s shoulder and the couch, or drop it in his lap, and snuggle in under the cream colored blanket (the first thing I ever bought and left behind at his house when we were dating), and fall asleep. He’ll wake me up when he’s done watching football or reading the news, and we’ll go to bed.

Whatever the reason, I step into 32 more content than I was at 30, and more comfortable with who I am in this decade of life than I was at 31. I am thankful for the people who have given me the space and allowed me to not only live, but revel in, this authenticity. Friends and family who have put up with and allowed me to talk through every house update and decision made in the last six months, have listened to me prattle about the importance of understanding one’s inner idiosyncrasies, have indulged me by taking their own enneagram tests so that we can talk about and compare experiences, have indulged my need to plan, check off lists, and establish routine and order, who have stuck with and read this blog as it’s evolved through different iterations in an effort to come to something that showcases what’s really has my attention in this moment.

Today, my attention is on that cake in the fridge!

Thanks for being a part of my year 31, and for coming along on year 32.